Solein – The Wonder Food Made from Electricity, Water And Air

Finnish startup Solar Foods has come up with a way to produce a protein-rich food called Solein from electricity, water and air, by using an environment-friendly process similar to brewing beer.

Described as the world’s most environmentally friendly protein, Solein is is made by applying electricity to water to release bubbles of carbon dioxide and hydrogen. Living microbes are then added to the liquid to feed on the carbon dioxide and hydrogen bubbles and produce the Solein, which is then dried to make the powder. It’a natural fermentation process similar to beer brewing, but it requires a special reactor that reportedly resembles a hurricane lantern. The dried Solein has a protein content of 50 percent and looks and tastes just like wheat flour. It can be used in all kinds of diets and can be 3D-printed for added texture. 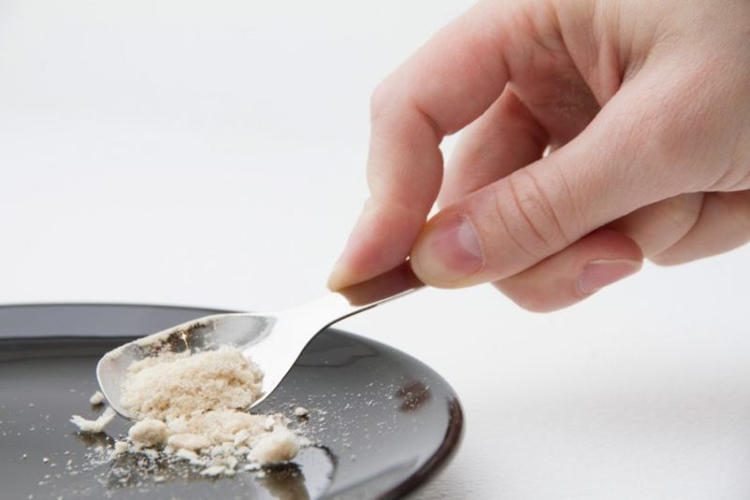 “It is a completely new kind of food, a new kind of protein, different to all the food on the market today in how it is produced as it does not need agriculture or aquaculture,” Dr Pasi Vainikka, the chief executive of Solar Foods told The Guardian. “It offers a unified solution that caters to every imaginable meal or diet of today, while also creating opportunities for entirely new foods of tomorrow.”

The process used to produce Solein – converting hydrogen and carbon dioxide to calories – is amazingly scalable, as the wonder food can be produced anywhere in the world. It’s also 10 times more energy-efficient per hectare than photosynthesis, and 10 to 100 times more environment and climate-friendly in water use than animal or plant-based food production.

“One of the reasons why meat has become so important to our diets is that it is an excellent source of high quality protein. Solein – the protein produced by Solar Foods – also contains all the essential amino acids, but because it is produced using carbon dioxide and electricity it does not require large amounts of land to produce,” the Solar Foods website explains. “Another unique characteristic of Solein is that it is able to take carbon directly from carbon dioxide without needing a source of sugar. Other processes that utilize microbes for protein production, for example egg albumen or milk protein, require agricultural land for producing the carbon source.”

While Solar Foods does not expect Solein to challenge conventional protein production methods in the next two decades, it does expect it to become a “new harvest” for humanity, which is significant considering so far we have only relied on plants and animals for sustenance. The Helsinki-based company plans to open its first Solein factory at the end of 2021 and scale up production to two billion meals per year by 2022.