A headbanging cockatoo has wowed researchers after showing off 14 different dance moves to 1980s classics.

Snowball, who has never had a dance lesson in his life, was seen lunging, lifting his feet and swinging from side-to-side to the likes of Another One Bites The Dust and Girls Just Want To Have Fun.

Scientists from the US believe the sulphur-crested cockatoo’s “remarkably diverse spontaneous movements” show that dancing is not limited to humans. 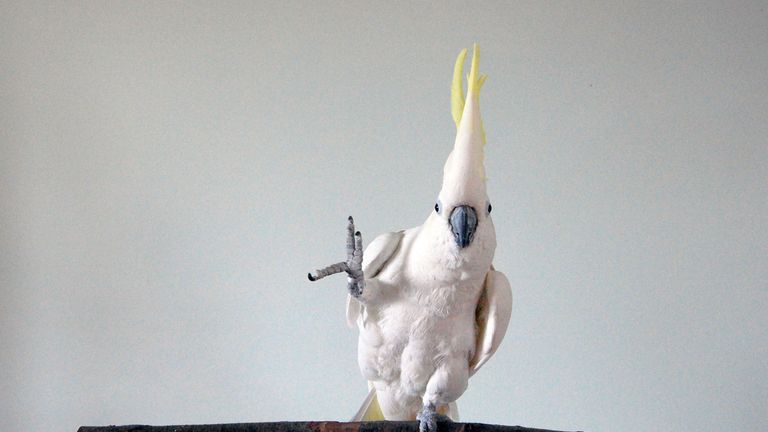 Image: Move over funky chicken… Snowball the cockatoo has created a genre all of its own

They believe it is a response to music when certain conditions are present in the brain.

Cockatoos, which are one of 21 species of parrot, are vocal learners whose brains contain strong auditory-motor connections.

The scientists, writing in Current Biology magazine, have said the key question is how Snowball acquired his dance skills, with parrots able to imitate movements.

They continued: “Another possibility is that some moves may reflect creativity.

“This would also be remarkable, as creativity in non-human animals has typically been documented in behaviours aimed at obtaining an immediate physical benefit, such as access to food or mating opportunities.

“Snowball does not dance for food or in order to mate; instead, his dancing appears to be a social behaviour used to interact with human caregivers (his surrogate flock).” 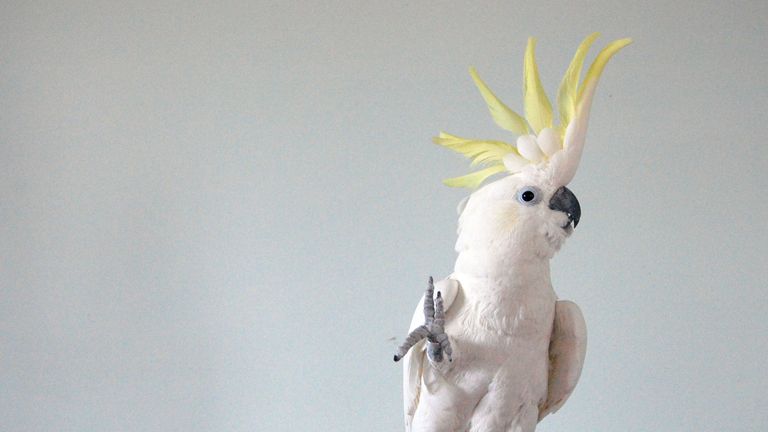 Image: The bird has shown off 14 different dance moves to 1980s classics

The cockatoo became a YouTube sensation when he was 12 after clips of him dancing were filmed in 2008.

The videos were viewed millions of times.

An initial study published shortly afterwards showed he could keep to a beat, but later his owner and study author, Irena Schulz, noticed him displaying a greater range of movements.

Researchers revisited the footage after a 2016 study on the evolution of dance inspired them to think about its wider significance.

Snowball’s owner was present and offered encouragement in the form of an occasional “Good Boy” but did not dance herself.

He danced in three to four-second snippets, moving differently each time he heard a particular tune, a sign of flexibility.

Analysis of his moves revealed them to be clearly intentional but not an “efficient means of achieving any plausible external goal”.

These include attentiveness to communicative movements, the ability to imitate them and a tendency to form long-term social bonds.